Something to tie to

Any Anne of Green Gables fans out there? One of the characters in one of the books had a lovely expression -- if you could really rely on something, she'd explain it and add, "And that's something you can tie to!" 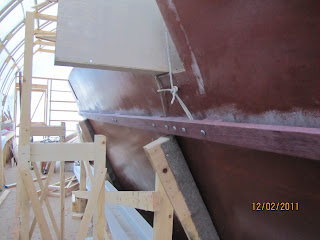 Here it is, on the port side, with our beam mock-up and bit of string in position to show how it all works. (You can see two of the real beams in the picture too -- they're the white pieces at the bottom of the hull.) At this point it's just dry fit and bolted into place. It won't be finally attached until we've painted the hull, and we won't be painting the hull until the weather warms up. 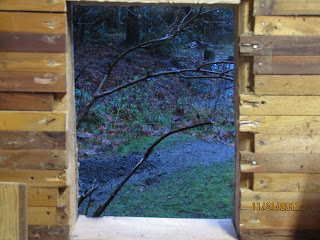 Pre-strake, there was some work to be done on the workshop. We bought lovely purpleheart for this project, once again from West Wind, and it came in 17 foot lengths. Lovely! Except that the shop is 20 feet long, and it just wasn't going to go through the bandsaw. Lots of discussion ensued, and finally a customized solution was achieved.
The shop now has three new windows -- one strategically placed to allow sawing of long pieces on the band saw, and two to allow the same pieces to work their way through the jointer/planer. It all works beautifully. And the tools, from Grizzly, did a wonderful job on the purpleheart.
An additional benefit -- should they so choose, Ziggy and his friends will now be able to look in the workshop from their meadow. 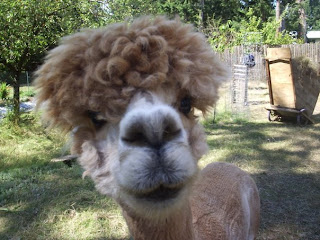