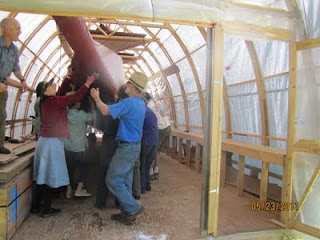 The first hull is turned!


We had a wonderful afternoon. At 1:30 people began arriving for our two o'clock start. They kept streaming up the drive way until we had a total of about 80.

Watching the hull turn was amazing. Trevor gave clear instructions to the teams on either side of the boat, there was a brief pause, and the hull seemed to float up from the floor. Trevor, Robbie and John Carlson positioned the pre-made cradles, and the team gently settled the hull down on to them.

After the success, people stayed around for coffee, lemonade and apple turnovers -- the event-appropriate snack promised in the invitation. We made 120 of them, and they were gone, to the crumb.

Thanks to the following... and to those who came, turned, and left without writing their names down. 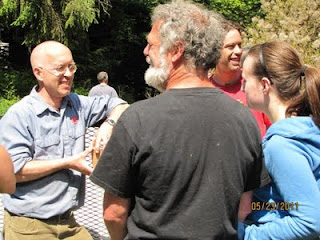